IntelliJ IDEA vs Eclipse: Which Is Better for Beginners 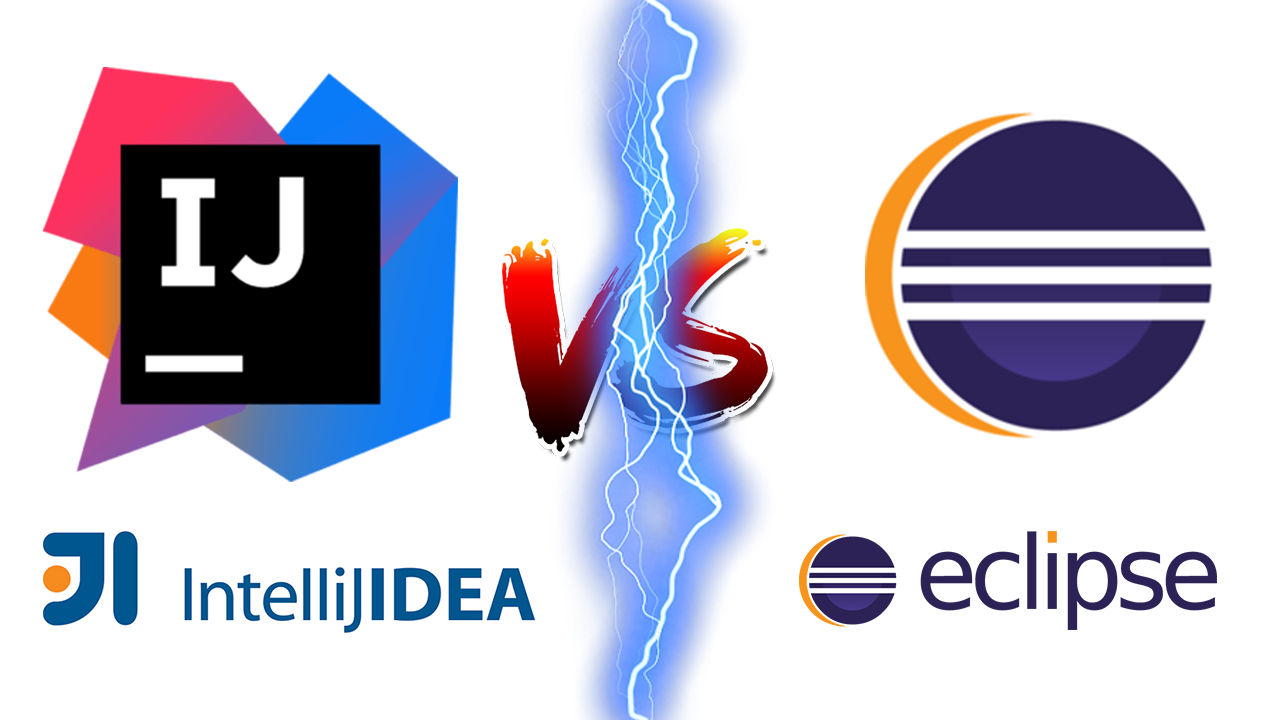 Any discussion comparing IntelliJ IDEA and Eclipse for Java develop can be tricky because it’s sticky. The IDE I mean. An IDE is what we in marketing call a sticky product. Once someone starts using it they stick to it and rarely switch. IDE users turn into something evolutionary anthropologists refer to as “fanboys”. IntelliJ IDEA vs Eclipse & IntelliJ IDEA loyalists scoff at Eclipse IDE fanboys, Eclipse fanboys get mad, and once everyone starts naming plugins and waving software licenses around? All hell breaks loose. IntelliJ IDEA vs Eclipse

It’s no wonder beginners find themselves confused when deciding what IDE to install as their default, after moving up from the world of lightweight student development environments. Should they pick the one used in most tutorials or preferred by their teacher and colleagues? The one with more positive reviews online or with the most users?

To settle this once and for all, we need to look at both (IntelliJ IDEA) & (Eclipse) from the perspective of a confused (but objective) junior Java developer with a new laptop.

Considering the subscription costs in IntelliJ IDEA vs Eclipse:

Considering the subscription costs of the Ultimate edition of IntelliJ (sometimes dubbed the Cadillac of Java development), we’re going to assume our junior developer is not looking to spend cash on an IDE subscription license at this point. So in this comparison, well be talking (mostly) about the free version of (IntelliJ IDEA) offered:
(IntelliJ IDEA) Community Edition.

IntelliJ IDEA was released in 2001 by JetBrains, an established company known previously for its Resharper plugin for Visual Studio. The Community Edition, available for free and aimed mostly at “Java and Android application developers, offers support of a number of languages including Java (obviously), Kotlin (which was developed by JetBrains), Groovy, Clojure, Scala and others “. IntelliJ IDEA includes features like advanced forecasting, code analysis, and smart code completion as well as a selection of plug-ins and extensions to customize the IDE to your needs if you’re not satisfied with its out-of-the-box feature-set.

Released by IBM in 2001, the open source IDE (Eclipse IDE) was initially created to eclipse Microsoft’s Visual Studio. Since then, Eclipse IDE has become a major platform used in both open source and commercial projects. Highly versatile and flexible, Eclipse IDE was designed to serve the needs of complex enterprise projects and embedded system application development. It offers support for a variety of programming languages in addition to “Java, as well as popular frameworks”. With a plethora of plugins, thorough Documentation and a large Developer community, Eclipse IDE has rightfully gained a loyal following.

At a glance, IDEs are like apples and oranges, if apples and oranges were the base and home for all your future development work. So let’s set some basic criteria, still assuming we’re a Java junior fresh out of programming course diapers.

Both (IntelliJ IDEA) and (Eclipse IDE) are free to download and use, with IntelliJ offering a paid version for additional functionality (the Ultimate Edition) that we mentioned above. Being a junior developer, free is the perfect price tag, though it’s important to remember there are other non-monetary costs to (free). But well get to that later.

(IntelliJ IDEA) Community Edition is Open Core, Rather than open Source, & is covered by the Apache 2.0 license. While this means that you can use the IDE freely for any type of project, it also reflects on the plugin ecosystem as
the license does somewhat limit the development of Plugins and Extensions. However, as a commercial project, (IntelliJ IDEA) has the Advantages of a Corporation with a budget behind it,
rather than a community-driven non-profit.

Eclipse IDE is Fully Open Source Under the Eclipse IDE Public License (EPL Version 2) and the Code is Maintained by a non-profit.The Eclipse IDE Foundation. While having very little implications on the development experience,
The Open Source License of the IDE allows for a more extensive plugin Ecosystem, & makes open source Supporters
Feel Warm inside knowing they use Software developed by the Community for the Community.

IntelliJ IDEA can be installed on Windows, MacOS and Linux with the following hardware:

Eclipse IDE can run on anything that supports JVM including Windows, MacOS, Linux and Solaris. The hardware it demands is very basic:

It’s easy to see that the minimum requirements for Eclipse IDE are more modest. Since we’re not planning to run an IDE on our smartwatch, it’s safe to assume that even the cheapest computer from the past few years can run both smoothly without breaking a sweat. However, if performance is what you’re looking for, the same hardware might not give you the same results on both IDEs.

While we are comparing IDEs for Java development, it makes sense to take a look at what other languages are supported by your IDE of choice.IntelliJ IDEA vs Eclipse You never know when you might be forced to edit JavaScript code or debug COBOL (hopefully never).

If you require support for HTML/ X HTML / CSS, JavaScript, PHP, SQL or Other Languages or App Development frameworks, You will be forced to Splurge on an Ultimate Edition to Develop in IntelliJ IDE.

Eclipse IDE is written in Java, So the tools and SDK for Java Development are part of the basic Installation. However, thanks to it being open source, Eclipse IDE has an immense Ecosystem of Plugins that will let you program
with pretty much every Language & Framework out-there in One IDE. IntelliJ IDEA vs Eclipse Currently, with the plugins available on the Eclipse IDE marketplace, it can support over 100 Programming Languages & Almost 200 Application Development Frameworks.

At this time, the Intellij IDE plugins marketplace offers a total of 3,374 plugins, with some of them available exclusively to subscribers to the Ultimate Edition, and the Eclipse IDE marketplace includes 1,668 solutions and extensions for the IDE.

When it comes to Ease of Use, it gets super-hard to Judge. No two users are the same, and preference can come down to things like UI Customization Options or Tweak able Code Completion. Most Developers we’ve asked confirm the opinions on the Internet IntelliJ IDEA is friendlier to beginners
thanks to its Ease of code Completion & Inspection.

Another Advantage IntelliJ IDE has over Eclipse IDE is that many Define Eclipse IDE as more of a collection of plugins than an IDE on its own. So on one hand, IntelliJ IDE gives you What you need out of the box. On the Other, if you want to spend some time customizing an Environment to your Specific needs and Tinker with the Source, Eclipse is the way to go.

Therefore, Remaining a (Purist) will most likely end up leaving you behind the Curve. Embracing new trends and best Practices will keep you on top of your Coding game.
Sure, as Abeginner you Need to learn to Crawl Before you walk but what is Necessary to (Crawl) changes Continuously.
That’s why Codota‘s AI based code Completions pulls in Code Snippets from Millions of Java Programs
and delivers Code Suggestions right in your IDE, Eclipse IDE or IntelliJ IDE.

The popularity of one IDE over another should not be your only criteria for choice. However, the size of the Community and No of fans Among Java Developers can have Impact on Productivity and Ease-of-Use.

As Previously Mentioned, Intellij IDEA has had a Growing Fandom Since Jet Brains Released the Community Edition in 2001 and Overtook Eclipse IDE in Popularity in 2016.
According to Stackshare, Intellij IDEA Now has More Fans, More Points on Reddit, But far fewer questions on Stack Overflow.

The Right Tool for The Job:

At the end of the day, what matters is not only personal user preference, but also the needs of the project (or projects) our junior Java developer plans to work on in the near future. 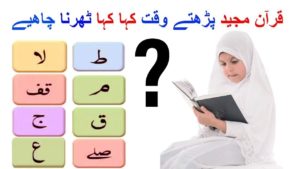 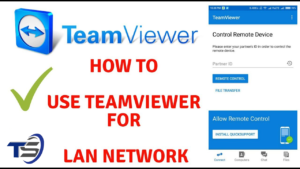 How to use Team Viewer on LAN ? 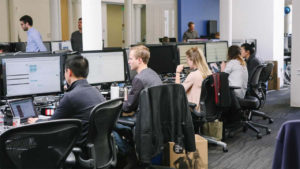 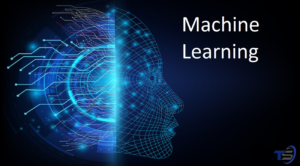 What is Machine Learning? How does it effect world? 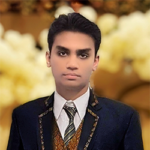 M Awais is here for you 24/7 to help you through your IT needs. His area of expertise is Back End Development and traditional programming techniques. Front End Development, Wordpress, Php, Python, Java, C#, Angular JS, React-Native, Android Studio, Unity 2D Game Development & others.
View His Posts

How to use Team Viewer on LAN ?

How to use Team Viewer on LAN ? Team Viewer General: You can establish and receive remote control sessions directly within your local area network

What is Machine Learning? How does it effect world?

What is Machine Learning? How does it effect world? What is ML? Machine learning (ML) is an application of artificial intelligence (AI) that provides systems

Contact us & get best softwares for your company at affordable price. We deal in Websites, Web-applications, MVC Applications, Android Applications, Game Development & more.